Head of the Web and Internet Science group (WAIS),

Department of Electronics and Computer Science (ECS), University of Southampton. Provenance is a record that describes the people, institutions, entities, and activities, involved in producing, influencing, or delivering a piece of data or a thing in the world.

In this talk, I will present some use cases for provenance, the PROV standard and some flagship examples of adoption. I will then move on to our current research area aiming to exploit provenance, in the context of the Sociam, SmartSociety, ORCHID, EBook projects. Doing so, I will present techniques to deal with large scale provenance, to build predictive models based on provenance, and to analyse
provenance. I will also discuss how provenance can help with reproducibility, in the context of scientific workflows developed for qualitative analysis in social sciences.

Luc Moreau is a Professor of Computer Science and Head of the Web and Internet Science group (WAIS), in the department Electronics and Computer Science (ECS) at the University of Southampton.

Luc was co-chair of the W3C Provenance Working Group, which resulted in four W3C Recommendations and nine W3C Notes, specifying PROV, a conceptual data model for provenance the Web, and its serializations in various Web languages. Previously, he initiated the successful Provenance Challenge series, which saw the involvement of over 20 institutions investigating provenance inter-operability in 3 successive challenges, and which resulted in the specification of the community Open Provenance Model (OPM). 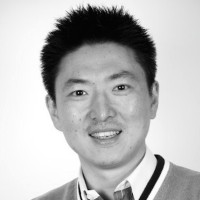